Skip to content
You may need to complete a survey to view the winner.

And The Winner Is…

Thank you to everyone who took part; I hope you had fun!
Check back tomorrow for the new Valentine’s Day comp! ??❤

I’m excited to announce that the birthdate lottery is celebrating its very own birthday! 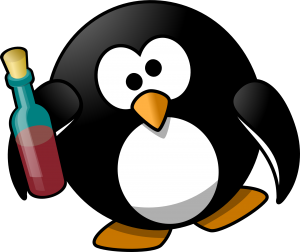 On 22nd January, Free Birthdate Lottery will be 1-year-old! In the first year since the site launched:

Thank you to all the members who have supported the site through the early days. The aim in the second year is to hopefully reintroduce rollovers so that bigger prizes will be on offer, and also increase the starting pot. To do this, I need your help to keep sharing the site and spreading the word about Free Birthdate Lottery!

As promised, to celebrate this milestone, I am running a new competition. The Name That Character competition seemed to go down well, so I thought I would go along a similar theme. The prize will be £20 in cash!

Starting tomorrow (14th Jan), a famous person will appear at the top of this page at 11am every day for 30 days. All you need to do is tell me who the person is via the text box underneath. Yes, there is of course a catch! 😉 The picture will be cropped to show only a segment of the person! You must submit the “real life” name of that person e.g. Melissa Joan Hart, NOT Sabrina.

In order to view the picture, you will need to complete a Google Survey. For every question you answer, you gain a day where you won’t need to fill one in, so hopefully it shouldn’t be too much of a pain. It will help generate revenue to cover the extra prize. I haven’t done it this way before, but if all goes well, I’m hoping that next time I can offer a bigger prize pot. 🙂

You will get 2 entries into the prize draw for every correct answer, or 1 entry for an incorrect guess. All the entries will be pooled at the end of the competition and a winner randomly selected. (Therefore members with more points have a better chance of winning.)

The winner will be announced here on Monday 13th February at 11am and they will have 24 hours to claim their prize.

I hope this will be good fun for you all. Any questions, just comment below!

Well Done Donna!
I’ve had no internet for 2 weeks so apart from when I popped in to the library I haven’t been able to play. T.x

Great comp again. Bit more difficult this one was,which made it just as enjoyable as the last. Comps too easy get boring, but this was cool.

Thanks for the good feedback Calzone, it’s good to know I’m on the right track 🙂 The Val Day comp will be a bit different but as others have also said they have enjoyed this one, I’m working on putting together a similar one. Thanks for taking part, I’ve enjoyed seeing your comments!

Thanks for this competition Hazel; I enjoyed it even though I only managed to get seventeen of them! Congratulations Donna 🙂

You’re welcome Jo, I’m glad you had fun 🙂 Thanks for taking part.

I enjoyed that competition, 30 days went so quick! Well done Donna, and thank you FBL, i look forward to seeing what you have in store for us next 😀

Thank you Andrew, it did go fast didn’t it! I’ve got something a bit different lined up for tomorrow, but the 30 day challenges seem to get the best feedback. I’ve got something up my sleeve more along those lines so watch this space 🙂

I have really enjoyed this competition, thank you. Congratulations to the winner x

Congratulations Donna & Thank you to Free Birth Date Lottery for 30 days of fun. I just missed off one, I’ve still no idea who she is 19 Hayden Panettiere. Can’t remember who I guessed at, but really enjoyed the fun. Hope we can have more of the same soon.

I’m glad you enjoyed the competition Jane. Hayden is an actress; she starred in a series called Heroes. I have a different type of comp for Valentine’s day but I will be doing another 30 day style challenge very soon! This one has been really popular 🙂

Ahhh never watched it so that explains it. Glad to hear there will be another one like this soon & that running this last one helped the site.. Keep up the good work hun, hope family life has settled down for you. xx

Oh darn, I misspelled Gordon Ramsay!! I feel so stupid now considering both me and my partner love him and his shows….

Not to worry Lisa, I’m not THAT strict! Half of the entries were misspelled and I had to Google the spelling myself, so I can’t really talk!! So consider your answer correct 🙂

So did I, I’m sure will be okay Lisa

Susan and Cheryl, sorry my mistake, I’ve corrected it now 🙁

I already knew who it was before I scrolled down to find the mistake! I didn’t take advantage of it though.

Well he is now know as [answer removed]….how many like me had to search our brain cell to then find the answer for todays is already there!!

Have you revealed today’s celebrity??? Yesterday’s was a man and the picture today you have already told everyone who it is. This is getting really confusing.

Number 26 is otherwise known as ” Rent-a-gob ” I CAN’T stand that self-obnoxious foul-mouthed cretin !…………rant over ????

I think both titles are right? Your entry will be counted 🙂

Phew! Okay, thank you! Great site by the way 🙂

At least it wasn’t Kate Middleton. So annoying the rags still calling her that, she’s married & took her husbands name so she’s no longer Middleton!

I didn’t know number 22 and when I found out who it was I recognised the name !! ?? luckily I entered the correct name. I should have put ” poser ” ??

I’m ashamed too admit I knew 22 straight away. Can’t stand them types of so called celebs.

No 22 is a bit tricky, looks like Michael Early but can’t be obvs.

People have found this one a lot harder than I expected! I’ve had very few entries, although most of them got it right. Don’t forget you still get a point for submitting a guess even if it’s wrong 🙂

I got it right – more luck than anything!

Tricky one today’s one. Took me a while and I’m not totally sure on the full name.

Looks like you weren’t the only one to struggle with this one, very few entries!

I got a memory like a sieve for names but i’m really enjoying this competition. Fingers crossed 🙂

Thanks Graham, glad to hear you’re enjoying it (even with your sievey memory hehe) 🙂

Darn it I can’t remember if I’ve entered today’s (25/01) answer or not?!? ?
It really has been one of those days!
Hazel if you have noticed this message and get a chance to reply to it before 11am it would be very much appreciated. Especially since I need as many points as I can get my hands on with only a week or so to make some points up! ?
Thanks Hazel. Tracy.x

Hi Tracy, fear not, you have entered! But if you’re ever in doubt, just submit your answer again. The rule is one answer per day, but if someone sends more than one, I just accept their first answer – meaning if you did forget, you still have an answer and if you submit a duplicate, I’ll just ignore it 🙂 Hope that makes sense! PS We’re not even halfway yet so plenty of time to make up your points!

Haze, can I ask why some members have personal pics and others like me, ?have the FBL penguin in ours, is there a way to add a pic ?? ?xx

You can add your own little piccie here – click “Create Your Own Gravatar”. It’s a generic service so the pic you upload is used on all WordPress sites where you use that email address, mostly for commenting 🙂

Hi Tracy, aww sorry, the draw pages are the one place I didn’t put the notice 🙁 I put one on the homepage and social media. I’ve put a new box on the survey draw page to check for new comps as well, hopefully that will make it quicker to check. Sorry about that. Thanks for your good wishes, and what a coincidence about the 22nd January – I’m glad it has brought something fun to the present for you. I hope this year is a good one too, for the site and all the members (especially you of course… Read more »

This one’s got me. I been looking at pic on and off all day and I have no idea.
Not even a guess.

Oh no, I think you might kick yourself when you see the answer 🙂

If we spell the persons name wrong do we still get the entry. My answer to number 4 I put in Sreven Spielberg (typo), do I still get marked as right or is that wrong? Thanks

I was just about to say the same! haha

Oops, sorry! Got the spelling mixed up with Steven Spielberg!! Thanks guys.

Bah. I missed yesterday because I was busy and forgot. Gutted.

Happy Birthday Hazel. I know this will be the first of many! xx

Thoroughly ashamed that I didn’t get Stephen Fry but I am hopeless at faces – expect randomness from me all month, lol

Guess its only you and I at the party!!! x

Toughie todays one.i kinds knew the face but wasn’t totally positive on the name.
But will see tmw

Today’s celebrity looks a lot like someone I know – so hopefully I’ve got it right:)

Lost a few or lots of days on this one as hubby in hospital, but back with you and a belated Christmas (last Sunday was Christmas Day, this Sunday is New Years Day, then the Tree can come down). Lovely to be back with friends.

Hi Phyllis, sorry to hear your husband was/is in hospital and hope he is on the mend. The celebrity challenge is a new competition which has only been going for a couple of days, so you have a good chance if you can stick with this one. All the best to you x

Hazel, Oops, I have a bookmark for this site. I used the bookmark and went to the comp page for the celebrity pic and placed my entry. I wondered why my email address wasn’t there and then I noticed the log in at the top. Are we supposed to be able to enter more than once per day? When I log in it will allow me to enter again – I haven’t though:)

Hi Elsee, I don’t have a way to limit it to one per day but don’t worry only the first entry counts so no one will sneak any extra points in 😉

OOO I got yesterdays correct wasn’t 100% sure. Today’s celeb used to be really handsome but I think he’s lost a lot of his looks. Still prefer George Clooney who has just got more handsome as he’s aged.
Thanks for the fun Hazel, hope 2017 is a great year for FBL & your family. xx

Thank you, you too. Good luck with the new comp xx

Looking forward too the new comp. Enjoyed the last one.

Thanks Calzone, that’s great to hear! Hope you have fun and good luck.